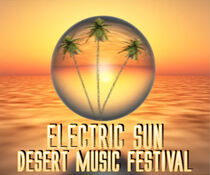 The Electric Sun Desert Music Festival was an electronic music event and festival held on the weekend of Friday, April 14th, 2017 in Apple Valley, California, which left 20 teenagers dead and 156 hospitalized from acute nutritional vape poisoning in an incident which came to be known as "the deaths in the desert".

Tim was later released on bail and was able to make a plea deal in exchange for testimony against Dr. San, who had formulated and "dialed in" the dosages in the deadly vape product.