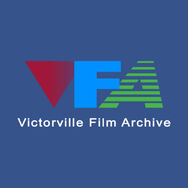 The Victorville Film Archives was a world renowned movie collection of respected film buff and On Cinema at the Cinema movie critic Gregg Turkington. It was a collection housed in two storage units in Victorville, California, and was thought to be the largest collection of movies (primarily in VHS tape format) in the world.

The collection was made possible originally after a former video rental shop offered to give away the storage units, filled with ex-rental VHS tapes, to Gregg (in return for him taking the lease). This followed Gregg's original vast VHS collection being partly destroyed by Tim Heidecker at the end of Decker's second season.

The collection was destroyed in a fire in September 2016, caused by a cigarette lit by On Cinema at the Cinema host Tim Heidecker (who was seriously injured in the fire, and which also destroyed rare unseen tapes from series 3 of Decker).